In recent years, I have very much become a member of Team Kelly Dodd, despite her past behavior …

… AND what about the “no wonder her daughter doesn’t speak to her” comment. I’ve swept it all under the bridge, forgiven her, and jumped on her bandwagon. I’ve also understood why she’s been so upset at the ladies recently, between Vicki’s coke accusation & Tamra’s train comment. But despite all of it, Kelly was back to her old ways on this week’s episode. 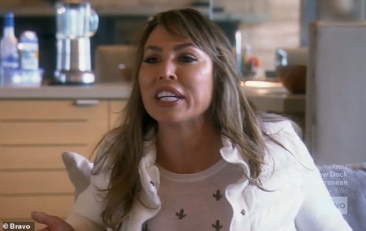 I’m not talking about hitting Shannon on the head; honestly, I don’t think Kelly even hit her that hard & Shannon will take any excuse to dramatically play the victim. I’m talking about everything nasty Kelly said to Gina (talk about kicking someone when they’re down …) & how awful she was to Tamra on the phone. Kelly just got downright dirty this week (oh! And did you catch her on WWHL?! Awkwwwwward!)

The Emily of it all….

I have a bone to pick with Emily too. I’m disappointed because she was another one I was cheering for this season.

I’m sad at how she’s treating Gina, who is a mess. Emily should have 💯 percent been sympathetic about why Gina wouldn’t go to Vegas and defended her when Kelly attacked Gina. I think Emily is simply jealous of Gina’s relationship with the blondes, plus she’s sad. She has to be; wouldn’t you be sad if you were married to Shane this season?

While I’m not of the same mind with Kelly and how she acted this week,  I do agree with her that Shannon should not have been drinking if she had a concussion, and I can understand Kelly’s reasons to not trust Shannon (and if you’ve been keeping up with them presently, nothing seems better). I’m also glad Kelly made up & comforted Gina. You could say that Kelly redeemed herself in the end (until next week).

I’m proud of Vicki this episode. She stayed in her room when Kelly was talking about her right outside. She didn’t seem to start any drama either (yet). And one more time Kelly, TAMRA said “train” not Vicki (omg I’m defending Vicki 🤦🏻‍♀️).

The scene in the yoga studio confirmed to me that Emily is for sure jealous of Gina’s friendship with Tamra & Shannon. However, Emily handled herself well because Tamra & Shannon’s faces alone would have pissed me off.

The Orange County housewives are definitely bringing the drama this season and if you’re not watching due to lack of entertainment in the past, pick it back up asap! If you’re a follower of the blog or a friend in life, you probably know we had a baby in July (Oh [Baby] Boy! Reality Check!!!) & this was my first award show to watch with him. So, I didn’t get to view it all live (bedtime was about 9pm); baby boy & I will stay off Twitter, wake up early, & finish the show in the morning … obviously commenting on anything maje!

and all my favorite categories: Drama!

My final thought is a quote shared during the show from Chairman & CEO of the Television Academy, Frank Scherma, who, no one knows or cares about …. BUT! what he said stuck with me deeply because I feel it totally explains my blog, love of television, & why I watch so much content … he said:

“When someone says ‘You’ve got to see this,’ what they’re saying is ‘I want to share this experience with you'”

and that could not be MORE TRUE! He also went on to talk about instead of saying “hi” as a greeting, we now ask “What are you watching?” Television, movies, pop culture, etc. brings us together, helps us find common ground, and can build bonds. Hence, my love for it💖

If you watched, then you know … 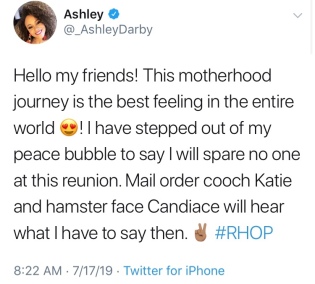 Things are just beginning to heat up in Potomac! See you next week!

Week 6 of maternity leave is in full effect. I love my baby & our time together! Besides his eating and pooping a lot, the two of us spend our days doing what else?? Watching & discussing television. His current favorites include … 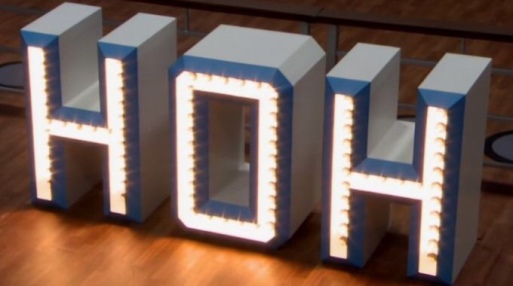 I always root for an underdog, so I am wanting either Nicole or Cliff to come away as the winner. I thought it was interesting that CBS aired Nicole reading her Head of Household letter; it’s as if they want her to win America’s Favorite Player, or the network just wants to show that it actually cast at least one genuine, good person?

Speaking of a not so genuine or good person, Michie is HOH currently. As I write this, I already know who won the POV and what that person plans to do with it. All I can say is I really hope this plan goes through; we’ll just have to see tonight!

I can’t believe Caelynn left with Dean, I’m kind of digging Dylan & Hannah’s relationship, and please get Nicole & Clay off my screen. Other than that? Snooze fest.

This is the last week for paradise, right? Doesn’t DWTS start next week? Every year that I watch Paradise, I kind of feel like the final couple episodes are extremely boring, and I’m just not as into it. I’m ready for the reunion; that’s all I care about at this point. 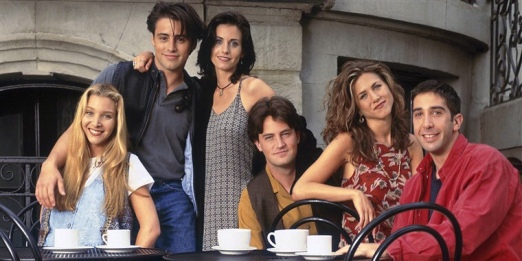 This is my first time sitting down to watch Friends from the beginning, in order. Usually I catch an episode here & there if nothing else is on. I know, I know, I know. How is that even possible? Everyone has seen and loves this show! It’s just one I never really got into before.

I decided to start watching it as a light- hearted, stress reliever during my baby’s newborn phase of late nights, cry fits, & my emotional overthinking of every little thing; come to find out, the show has helped so so much! I would literally prescribe it to anyone ever feeling anxious or sad. I’m so in love & invested after only three seasons that I purchased some of the PJs from the Friends line at Walmart. You can get yours at the link below 👇🏻 !!

Chandler is obviously my favorite, who’s yours?

My husband and I recently watched Dave Chapelle’s Netflix stand up special. I cannot stress enough how not only hilarious, but accurate it is in today’s climate. However, Chapelle is definitely not PC in it. I would take this as a warning if you decide to watch, especially if you are one that is easily offended🙄.

I also started to watch the Travis Scott documentary, but I couldn’t finish it. Maybe I just don’t get him or his music? Honestly I just wanted to watch for the Kylie of it all. Instead, it seemed like mostly concert footage, and I wasn’t in the mood. It didn’t seem to tell much about his life or background or anything; maybe I gave up too soon?

I’m also watching Potomac, Orange County, & Dallas Housewives, AND Keeping Up, all of which are not disappointing, but rather are seeeeeerving up entertainment!