Most of you will say, “That’s just a stupid TV show,” or “I don’t even watch Big Brother, who cares?” but I care. I started watching BB in high school with my dad. It become something that was ours. My parents divorced when I was in middle school and even if I was spending the week with my mom, I still took an hour out of my Wednesday, Thursday, or Sunday to drive to my dad’s house and go watch this crazy “game” in the summer with him.

I got one of my best friends, who I worked with, to start watching. Even though her and I no longer work together, each week we text our thoughts on the show. Why do I tell you all this history of Big Brother and myself? Because the show has meant quite a bit to me and many people I care about. It’s been a summer staple in my life for years! Which brings me back to my very first point, I haven’t watched this season in two weeks. For my BB fans this means I’ve missed two HoH’s, two Vetoes, two houseguests going home, & tons of game talk (which is basically YEARS inside the house). And guess what, I didn’t watch tonight either.

Let me lay out the reasons why I’m SO OVER BB this season (and why it kind of breaks my heart).

Remember Megan? She was from the very start of the show. Here we see her happily talking to Jeff.

Her happiness didn’t last long though when she literally quit the show after the horrible way she was treated by both Josh & Cody (and quite frankly ALL the houseguests because no one stuck up for her). She had such bad anxiety from the show, she had to leave. I also wouldn’t put it past CBS for knowing her mental history and casting her anyway.

Second: The Return of Paul

Okay, okay, I know the bringing back of veteran houseguests has become a thing to be expected of BB.  I was excited to see Paul brought back because I think he’s funny and I thought he would stir the house up. 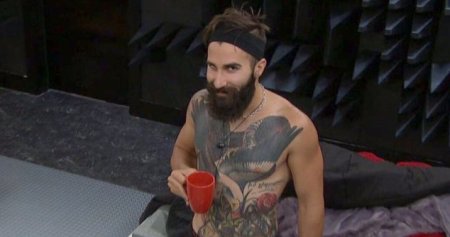 But again, shame on you CBS for giving him THREE WEEKS safety right out of the gate. That allowed Paul three weeks to get inside people’s heads and have them do all his dirty work (WHICH ALL THE IDIOT HOUSEGUESTS DID!). I will give it to Paul; he is an absolute great player, but the fact that the newbie house guests can’t see this and are basically letting him run the entire ship is so ridiculous AND BORING!

Plus Paul, why did you get SO mad at Cody for trying to take a shot at you?? You know you would have done the exact same thing if you were in his position, which brings me to my next issue with this season…

Third: #Jody vs the House vs #Jody

I really can’t decide how I feel or felt about Cody and Jessica. At first, I was all “GET THEM OUT; these people are awful!” I completely understood why Cody would take out Paul, but it really seemed like Cody and Jessica were wanting this couple only, pretty people only alliance.

But then, Cody got voted out, Jessica was all alone, we wanted Cody to come back in (because you KNEW it would shake things up), Cody made it back in, only to have them both be targeted during that trash competition. Jessica won HoH and for a small second, I believed in their romance and was on #teamjody because I always root for the underdog. 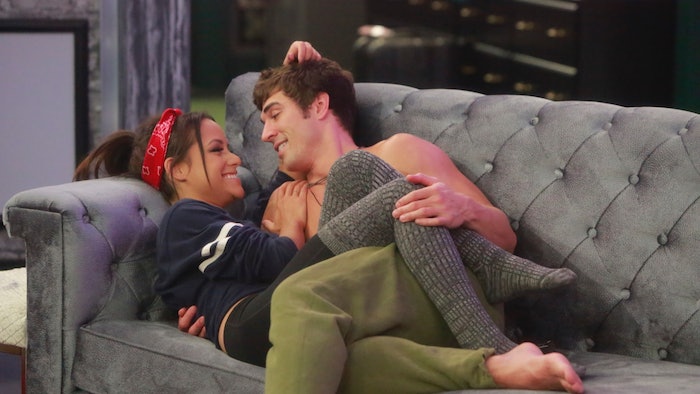 They were winning competitions, Jess had her safety power, everyone was being awful to them, so I jumped on the Cody/Jess bandwagon. I BELIEVED in their love and the “them vs us.” I shipped #Jody. Then, the week Cody was up on the block, they said some pretty horrible things to Josh (who may or may not be totally clear in the head…). While I still ship their love (I started following Jess on Twitter, & really do like her), I was still disgusted by some of their comments (but, the rest of the house guests weren’t innocent either).

Last: Everyone, just everyone.

I mean, who do I like on BB moving forward? Def not Paul. Def not Josh. I really liked Alex and Jason, but have heard on Twitter that they’ve been pretty awful to people behind the scenes (plus they’re stupid because Paul is running their game — see above). Let’s see …. Christmas is boring and can’t compete and in my opinion shouldn’t even be there. Raven? HA! I guess I really like Kevin and he is the main person I’m rooting for.

According to Twitter, the houseguests were really awful to him as well?? Also, according to Twitter my two sweet guys, Mark & Matt, left. I was really sad to see Mark go, I saw no reason the house was against him or what he did wrong, and his week leaving marked the week I stopped watching.

Also according to Twitter, I heard Matt just gave up and went out like a puss? I mean clearly something had to be wrong with him too since he liked Raven … #sorrynotsorry.

It would be truly heartbreaking for me to give up on Big Brother after years of watching (I mean I did it with Grey’s Anatomy, but really don’t want to do it here), and since tomorrow the hubs and I are both off from work, maybe we’ll catch up. BTW… 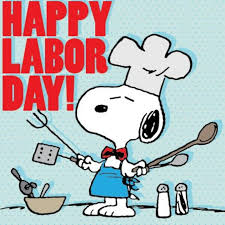 I’ll let you know if I do watch. If you’re still watching (and enjoying) the show, hit me up on Twitter, IG, or leave a comment on the blog site (you have to subscribe to do so —-> top right hand corner friends & enter your email!) and we can discuss who you like and why. Unless it’s Paul, if it’s Paul I won’t talk to you.