“Is this what you meant by gangster lunch?”

Ya’ll this entire post is dedicated to Dorinda Medley. I was going to end the post promoting her new line of products, but hell, she was so amazing last night I’m starting with it.

You can purchase coffee mugs, tshirts, phone cases, & more with exclusive Dorinda quotes including, but not limited to…

and my all time favorite…

“What are you doing here without Dorinda?”

which I do own a shirt of (except it’s a Society 6 version; shoutout to T. Kyle!)

Okay. Now onto the episode. Bethenny invited the girls to a lunch in the Bronx and by each of their comments, not many of them have traveled to the Bronx. Ahem, except my girl Dorinda, WHO SHOWS UP HUNGOVER, or possibly still drunk.

Dorinda decides to keep drinking and as Carole put it, “When Dorinda is bad, she’s so good.” Bethenny, Dorinda, & Carole are joined by Tinsley, Luann, and Sonja. I’m not even sure how the conversation came up (honestly because we’re “not about going backward asswipe!”) but Sonja mentions that Dorinda was either interested in being part of or contacted about doing Sonja’s Tipsy Girl line. This is what set Dorinda off because she was claiming that was never true (and honestly I don’t ever remember this being brought up – #teamdorinda).

So, the two get into a shouting match where we get amazing Dorinda one-liners such as “Back that shit up!” “Hostess with the moooostest!” and the now famous “Clip! Clip! Clip! you fool!” which is apparently another way to say shut the f*** up! Gah, I am so going to start using it.

After Dorinda tells Sonja to go retrieve her coat from the coat check and then does the hip swirl “hostess with the mostest” line, the lunch seems to end. AND WE’RE ONLY ABOUT, what, SEVEN MINUTES IN!

Let’s see…what else? Tinsley goes to see her therapist to discuss the death of her dad and then the nightmares she’s having from her arrest and last relationship. No disrespect Tinsley girl, but do you only have one story line? GET OVER IT! Over her.

Sonja, Ramona, & Luann have a lunch where they discuss an upcoming girls’ trip to Vermont, where Ramona lamely states, “I only ski Aspen”

Sonja also makes a comment to Lu about having sex with the same man (Tom). Lu gets pissed (same story, different day with those two) & leaves the table. Cut to Vermont … 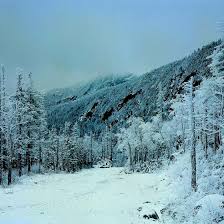 Bethenny, Carole, & Dorinda arrive first. Uhhhh and Queen Dorinda strikes AGAIN when she forgets all her luggage because she went to say goodbye to John, ended up having sex with him, and then drove to Vermont forgetting to pick up her luggage Yet, she managed to bring a miniature disco light!

Soon after, Ramona, Sonja, & Luann arrive. Luann is upset she didn’t get a better room because she just got married and people should be considerate of that? I can’t even begin to understand how that correlates but whatevs. (Honestly, these bitches are so annoying regarding rooms on vacation because I’d kill to stay in a place even half as nice as these girls).  There is also a funny scene with Sonja getting Ramona water and pretending it’s fresh mountain water, when it was really tap. Just watch it.  And, lastly, Tinsley again complains about her arrest and past, failed relationship! Oh man, this episode was so so so great. And, we still have the Mexico trip ahead of us! I can’t wait!

Pegged as the ‘Summer of Temptation’, CBS’s Big Brother returned Wednesday night with sixteen new houseguests and more twists than ever.

Well say goodbye to my social life three nights each week because they will now be devoted to watching Big Brother. Yeah, it’s a time commitment because it airs Sundays, Wednesdays, & Thursdays, but it’s completely worth it!

What is Big Brother? It’s a reality “experience” that somewhat combines Survivor & The Real World. Contestants move into a house together, where they are filmed 24/7.  You can even sign up to watch them on the all access live feeds. They compete in multiple competitions including a Head of Household competition, who then nominates two people to leave & at the end of the week, the house votes someone out. The final two remaining houseguests go against one another for a chance to win $500,000. The show is hosted by the beautiful, godlike Julie Chen.

Seriously she is FLAWLESS. Plus she’s married to like, the CEO of CBS and he gave her not one, but TWO shows to host. #queen

But the show. There is SO MUCH more than just nominating people and voting them out. (and fangirling over Julie).  If you’ve never watched the show, I highly suggest you research it a bit to get a small premise. For those of you who are here and understand it all, let’s dive into the house guests!

One of the major shocks from the premiere episode was that Paul from last season returned back into the house. He’s loud and believes in “friendship.” I’m glad Paul is back because I know he’ll rile the house up, plus he has funny commentary, but I would have picked a different past houseguest to return.

First of all, yes I know her name is Christmas. And, yeah, that is kind of awful. Christmas was on the chopping block and in jeopardy of going home night one but got the majority vote in the house. I’m guessing it’s because she seems super nice and has an amazing body (as one Cross Fitter would)! I can see her making some big moves this season. (Cross Fitter? Is that right; ah well…).

Alex could have been one of those house guests I would have easily forgotten, except during the first competition, which including hanging onto a rope while standing on a swinging balance beam,  she was the final two left with a big meathead male. When he tried to make a deal with her and persuade her to fall, she told him to “Eat shit!” HA! Out of the gate she’s one of my favorites!

I don’t really have much to comment on about Matt Clines, except that he is wonderful to look at, and probably the best looking guy there. He seems really nice too, which means he’ll probably be an awful player.

Others I hated right away include Megan Lowder, Josh Martinez, & Cody Nickson.

And then there are those I feel indifferent about or are easily forgotten including, well anyone I haven’t yet mentioned (see, told you they were easy to forget).

But, this is Big Brother and my feelings on the house guests change from episode to episode. I’m doubting my first impressions will last all season. Here’s to another fun summer watching random strangers backstab one another for cash & fame.

“This story’s about a town, once wholesome and innocent, now forever changed by the mysterious death/murder of Jason Blossom on the 4th of July.”

Each summer vacation I ask myself “What will I binge watch this time?” The struggle is real to find a show where you won’t get caught in the crosshairs of only two seasons on a streaming site, but the fourth season will premier in the fall and OMG WHERE DO I FIND THE THIRD SEASON?! Plus, I’m cheap and don’t want to have to pay to binge watch. Thus, the CW’s Riverdale seemed like a perfect fit because Netflix had all thirteen episodes from Season 1, and Season 2 doesn’t premier until later this October.

The show is basically a live action version of the Archie Comics. If you didn’t read these growing up, go to a grocery store right now and purchase one. Go now. I’ll wait.

The show, however, is a much darker twist on the comics. The very first episode starts with the body of Jason Blossom washing ashore in the town river. Jason is the twin brother of Cheryl Blossom.  If you don’t remember Cheryl Blossom from childhood, she’s the red-headed vixin who makes all the boys’ eyes bug out of their heads.

And boy does Madelaine Petsch play the part flawless. She’s my favorite character. Even though Cheryl has the biggest storyline of the season because we all want to know who murdered her twin Jason (spoiler, you find out in episode 12!),  she’s not the namesake of the series. That would probably be Archie & Betty.

If you think these two end up together (I always shipped them growing up), they don’t. I mean, in the very first episode Archie tells Betty he’s not interested. While we’re on the topic, Archie is one of my least favorite characters. He is SO WHINY! He’s gorgeous, has abs, has girls (even older woman – subplot!) falling for him, is a star athlete, can sing & play the guitar, has supportive family & friends … and yet, he still is whiny and screws people over easily. Not a fan. Betty on the other hand, is great. Lili Reinhart is great. The fact that she has a dark side (episode 3) is great. The character she ends up falling in love with is great.

Speaking of characters, we are forgetting two other major players in the Archie gang: Jughead & Veronica.

Yes, you are seeing correct. That is Cole Sprouse from Big Daddy and Suite Life of Zach and Cody. ZACH AND CODY! HA!

Not that Cole Sprouse isn’t a good Jughead. I just always thought of Jughead as a quirky goofball and Cole Sprouse portrays Jug as pretty cynical. But, as more comes out about Jughead’s past while you watch the show, one can see why he’s cynical. And, I guess he does have some funny one-liners. And, he’s a loyal friend. Okay, okay Cole Sprouse is not a terrible Jughead; once you get past the fact he’s one-half of Adam Sandler’s pretend son from 1999.

If you were caught off by Cole Sprouse, you’ll be caught off guard by a few other appearances including Luke Perry, Molly Ringwald, Barb from Stranger Things (she’s alive!) and Josie and the Pussycats.  (Anyone remember the 2001 film version? Eeek!)

If you’re a fan of Gossip Girl, Pretty Little Liars, or any recent teen drama, I think you’d enjoy Riverdale. “Why aren’t you giving us more MHH?” Honestly, because I don’t want to spoil anything. But trust me, you can binge this fast (only 13 episodes) & experience plenty of shocks , twists, turns, & omg moments. Especially involving the parents. Okay, I need to just go on a rant for a second. Whether you’ve watched the show or not, I must say the parents are absolutely the worst human beings on the planet. NO PARENT in the universe should ever act they way this group of adults act; I mean no wonder you kid is messed up. No, your kid isn’t even messed up. Your kid is the one acting more like an adult than you are. Get it together!

All in all, watch this show. It’s mindless entertainment worth your time, especially because you’re left with a major cliffhanger going into Season 2 in October.

“Every town has one, the spooky house that all the kids avoid. Ours was Thornhill, the Blossom family’s mansion, with it’s very own graveyard. And trapped within its walls, like some Gothic heroine, was Cheryl Blossom, who’s still grieving for her beloved brother Jason. Linked in death even as they were in life.”